I haven’t cared for boss fights much since I watched and ‘helped” my son fight in them at the end of levels on old Nintendo games.  My job was to watch the fight and see what the boss did and help figure out the “trick” to defeating him.  There was always a trick to it and since I wasn’t personally in the line of fire I could spot it. 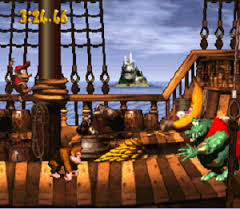 Playing through single player games on my own finally got me so I could do all that was needed: fight, see the trick, NOT PANIC, defeat the boss.

Moving along to MMO Bosses, we get Dungeons and Raids where bosses have super health, self healing, minion drops, waves of fire or some other splashy deadly stuff you’re supposed to avoid.

As I was thinking of this post I wanted to say I didn’t like boss fights at all.  That I would respect them a bit more if bosses scaled to the abilities of the group, using things against them that, if the player knew their class and abilities, they could counteract or one of the others could counteract while the boss was busy with you.  I’d like to see actual AI in the boss. I want him to react to what the players do and fight back cannily.  I don’t want him standing in the center of the room just belching out stuff.  I want him to hide and lurk.  I want the players to have to think on their feet, and I want the experience to be different every time you enter a dungeon or meet a “boss”.

That said, I was leveling my Guild Wars 2 Engineer and was fighting wave after wave of tiny bad guys in an Event and I found myself thinking this is really boring, bring on a BIG GUY.  I guess just I want to whack, whack, whack a BIG BAD after all.