Since my Warrior is sort of stuck at level 22, and I can’t seem to make myself work with her, I tried the Elementalist this week.

She’s all glamour with golden hair and a leather and gold lame tutu outfit.  I’m just noticing that the gem on her head looks just like the eye on Davros’ forehead in last night’s Doctor Who.  Eerie!

I’ve just started with her, but she has flame type moves that are impressive.  I am not familiar with this class from other games so it is all new for me.

She resides in a new area of the world that isn’t snow covered (huge bonus as winter doth approach).  Let’s see if I like the way she plays better than I do the warrior.

Since we’re talking alts, I have 5 slots to work with and have only used four so far.  Ta da.

If she doesn’t work out, I may go back to the Ranger, which Inventory Full made sound really excellent http://bhagpuss.blogspot.com/2015/09/make-way-druid-coming-through-gw2.html

For awhile I was managing to play multiple MMOs of interest by picking a single character in each and just working on them, not messing with alts. 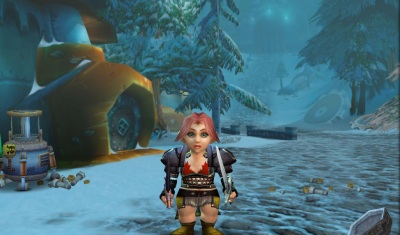 The problem with this is, particularly in a game you don’t know well, at some point with an early level character you can get stuck.  It might be right around level 20.  Suddenly, you can’t seem to move forward.

Sticking to the one character per game rule, you often end up not playing that game.  Maybe you pick it up later, maybe you never return.

Many games seem to limit you to just a few characters, sometimes only two.  In order to try out a different class which might make all the difference to your playing enjoyment, you have to kill someone off or buy a new character.  Why are you going to purchase a character you may not like any better?  Maybe it isn’t the class, it’s that the game isn’t for you. 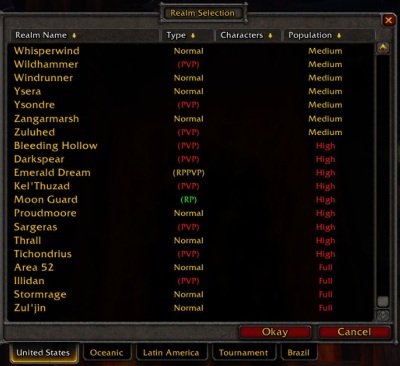 People wonder why they keep being drawn back to play this game, and having that kind of variation and ability to try different roles and servers, and do every single thing the game offers (and it offers a lot) for the price of admission is a huge draw.

I have two main servers I play on, that’s twenty two characters I can return to and work on anytime.  With more opportunities for further adventures anytime I’d like.  I have a few classes who are played little:  Shaman, Monk, Warrior.   They’re always there, though, waiting their chance.  I don’t have to delete them to try something else.

…Ready to Rumble…we used to be wrestling fans around the house so the phrase is deeply embedded.

I logged in to each of the worlds which are going to survive the Big Purge and checked my Meneldor character names by adding them to my Friends list.

On one world or another, every name was used, even ones I made up from whole cloth.  In theory, I could still keep them but just have a (was it plus or minus?) 1 in front of my name.  I needn’t necessarily lose the names altogether.

The ongoing problem being that they will only do the second set of servers next week, and oh so slowly over what is looking like the next few months others will fill slots and potentially get the first and second shots at names I’ve had since Beta.

I’m ready with an all new fresh list of potential names, but…

I decided I’d like everyone together if possible so I killed off a few characters to make sure they could all land in one place given the 11 character slots available.  It seemed a little ruthless but I did it.

My Kinship was successfully disbanded this time around.  No weirdo stuff with that.

When you log in there is a Transfer button.  I bet that has confused a few people.  And the temptation!  You just want to push the button and get it over with and end the uncertainty. 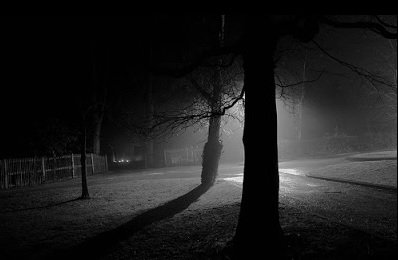 Didn’t want my “legion of readers” to think I’d Gone Dark (thanks TSC for that phrase), I’m just not up to anything interesting.

Did a Timewalk Dungeon, I’m not sure what I expected, but maybe more somehow.  My character I sent in was level 82 so the Nexus wasn’t so long ago for her.  She got a few nice things, but her uber special item at dungeon’s end was an item level 306 Fist Weapon.   My Rogue would have liked a sword with that iLvl.

Haven’t advanced my Shipyard because it appears I have to do a Tanaan daily with a Pre-made group to get my 600 barrels of oil.  My level 97 Mage is getting Garrison missions with Oil as a reward, but not my level 100 Druid who could use them.  Annoying.

The Rogue is  now level 84 1/2 in Hyjal and I’ve just started working for the guy in the Outhouse.  I just hate that guy.

So I noticed my DK on another server hadn’t gone all the way through the Tanaan Draenor intro yet. Yikes.  She’s a gnome, and so adorable.  All those squeaky little cries as she fights!

I saw the phrase somewhere else this week “holding pattern”.  I don’t feel like working on anyone till everyone is settled somewhere.  Apparently tomorrow they announce some new moves.

Some oddity with kinships is causing problems, and shared storage and housing stuff.  I thought I killed off my kinship before leaving a few years ago but the stinker is there still. I guess I’d best try to kill it off once more.  Run wild, run free, little characters.

Just gliding along, fighting here, gathering resources there, working craft macros.  I need to get something to listen to while I do a craft macro because that click click click is mind numbing.
Still and all, I love every pixel of the game.

Do some of your characters have a life of their own?

I’m pretty quiet in games and often don’t even read trade chat, let alone speak in it.  I notice however some of my characters seem to be unable to keep their snoots shut.  Reading comments in general or trade chat, when those are the ones logged on suddenly its jabber jabber, smart remarks, or sometimes just super helpful.  My Mage in Wow.  Blah blah, she says.  My “secret characters” in Galaxies.  Blah blah blah.  Luckily my LOTRO characters are all on the down low so far.

I’ve been looking to see how things are going with the Drunder Server but there isn’t much information.

I did find a Drunder Thread on the Official Daybreak Forums   https://forums.daybreakgames.com/eq2/index.php?threads/drunder.563174/

I haven’t gotten through all 10 pages yet but there’s all sorts of discussion and speculation, plus a report from at least one person trapped in the likely hellish realm.

Interestingly a thread on EQ2 Flames is by the same OP who is apparently on Drunder in the regular forums.   Hmmmm     http://www.eq2flames.com/general-gameplay/100163-drunder-new-eq2-prison-server.html

I’m trying to get my Rogue leveled to Draenor.  She’s slogging through Hyjal, in what seems like my 20th time through the area.  Things are going well, she wins fights pretty quickly and onward.

Tonight a Horde Personage was working the same area and had to run in and kill anything I was going for.  I don’t understand at all why Horde and Alliance can’t talk.  It is crazy that I can’t tell the guy some indelicate bit.

One step ahead of me for every quest.  Get to the cave where you have to drag the little turtle around and kill the big turtle. The guys appears out of nowhere, whack whack.

I’ll just go away and come back later.

Ok, I have several things to do in SWG so I’ll just pop in there.

Hmmm they’re going to start the transfer process again Monday the 14th.  It occurs to me my Meneldor characters might get split up and some low level characters might be holding items for higher level ones.

I should check their pockets while there is time.  Sure enough the Warden has wood and a boatload of recipes for my Minstrel.  Her inventory and bank are full of stuff for the other character.  Poor thing.

Log in Minstrel, see what craft level she’s at, have Warden send her wood.

For some bizarre reason, My level 43 Minstrel is in the Shire, near Needlehole.   Her map thingie would take her to Angmar, but I’d like her to catch up on crafts so she can clear inventory space.

I could just ride, but I decide to use the Stable horses.  Needlehole to Hobbiton. Hobbiton to West Bree.

Except.  Suddenly my horse freezes.  Can’t dismount.   Try logging out to log back in but Disconnected from Server.

I’d like to play something for a bit longer tonight but I guess I don’t dare.

I never thought it would happen to me.  I cracked and purchased Mr Handy, the Fallout Shelter Robot.  For a mere 99 cents he travels the Wasteland for you collecting bottle caps.

I’ve been upgrading and rearranging rooms so much lately that I was down to about a thousand Bottle Caps at one point. Barely enough to Rez dead dwellers after a Death Claw attack!  I neeeeed money!

I just want to say that I had been slogging along and earning Lunch Boxes the hard way (Successfully Rush 30 Rooms) and I wanted a cool new character or weapon but all I kept getting were 50 Water or Food.   You see why I snapped, right?

In addition to my Mr. Handy, I have an extra Lucas Simms and three other notable types, plus some really nice guns and outfits.

I don’t think I’ll crack again here, but I may now find myself buying character slots in Neverwinter or Rift, and who knows what else now that the Vault has been breached.

Note:  I’m glad he was only 99 cents.  After seven hours in the Wasteland, he manages to collect just over 100 bottle caps.   I sent a dweller out this morning and he had that much in 11 minutes.  Mr Handy is about a quarter damaged, and costs 2k to repair once he’s totally shot.
Unlike dwellers who return in half the time they’ve been out, if he has been out seven hours he returns in seven hours.

I don’t want him on the top floor of the vault because he gets in the way of my trying to drag dwellers into position, and though he sends out a stream of flame, it takes him far too long to do so.  Again, he’s just in the way.

I’ve put him on a low level of the vault which is mostly storage and living quarters and he can be a sort of defense against fires and mole rats while I pull others over to fight.