I generally like the Cataclysm dungeons.  Like any good dungeon, they can go smoothly or horribly wrong.

Not a favorite.  Still, most days an easy run.  So easy that the group discussed the glory of junk/flames/water/ooze/ s*$t that you now have to stand in/run from/avoid every two seconds as a fine game mechanic that helps separate the good players from the bad, who might be sitting at home just mashin’ those buttons and eatin’ pork rinds.

Somehow things went south and everyone died, and not from junk.

Then things went horribly wrong as our dogs got into a terrible fight and I had to bow out.  Nobody was hurt, thanks.  Someone is in the dog house though.

I used to think you were supposed to jump from cloud to cloud in this one yourself, not realizing youre just launched along.  Tsk.

Now its all good.  Except Assad killed me three times.  Zigged when I should have zagged.

It seems like this one is generally pretty simple, but the last boss can drive people out.  With several group changes, this guy wiped the dungeon floor with us till we had to call it quits.  A zillionth of a box from level 99. Must heal up and get more potions. 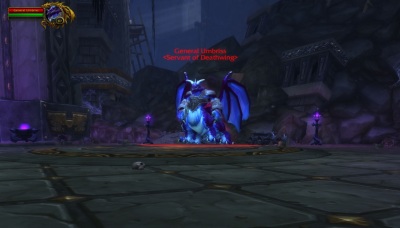