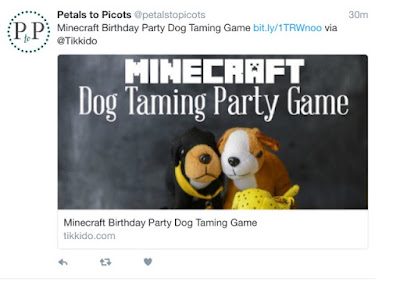 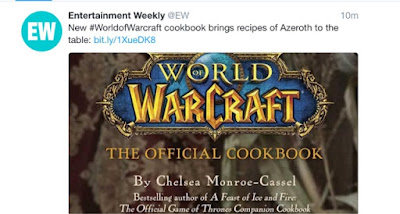 My Loremaster ran out of quests in Malenhad.  The only thing she had from Angmar was “The Lost Fellowship” which took her to Foroschel.  Somehow, I had neglected the eipc questline with this character.

Not realizing I could go to Rivendell and pick up the quest line, I spent some time yesterday in Foroschel.  It is a snowy area that I have always disliked, and which never felt part of the game world’s storyline.  Such misery!

After researching the epic books to see if there was any way I could still pick up the quest line, voila!  I’ve ported to Rivendell and the Great Man Himself gives me a pass back to Angmar.

There is a 25% xp bonus this weekend, so I found myself looking at my Hunter again.  I thought she had one last quest in Lothlorien that I couldnt find the last piece for, but her quest log was full of things to do in this other area which I truly dislike for the YELLOW.  I know it is supposed to be a “golden wood” but that cat #$%^ yellow is so oppresive.  I’m just going to try to keep my head down, don’t look around the environment too much, and earn my way out of there.

I took a look at and tried to relieve the inventory full problems of my other characters.  I used every reputation item I was holding (why I hadn’t used them on acquire I have no clue).  There were many crafting items which were obsolete.  Yay for my characters who now have more than three open slots apiece.  Part of the problem is I moved these from Meneldor and killed off two characters so everyone was holding their items as well.

My Champion was invited to a guild while she was digging around.  I would like to find a guild, so I accepted.  We’ll see how that goes.

Back on track with my current main, the Loremaster, that makes me feel better.

I’m not dead all of the time, but it certainly does happen far more than I would normally experience.  I’m not certain if I’m not playing the Havoc Demon efficiently or if the world is a bit harder to navigate.  Both are factors, I’m sure.

I noticed on the Beta Boards someone else saying that the Demon Hunter seemed almost all powerful in the starter area, but as soon as they were out in the larger world, they were having a significantly different experience.   As I quest and get better gear, my survivability is improving.  I still need to tweak my rotation and play.

I’m liking the class.  With all of the movement options as part of the play style, the character is incredibly mobile.   I still haven’t mastered the Art of The Glide, which is causing me problems every time I have to return to the Class Order Hall on the Fel Hammer.  You need to leap and glide from the edge of Dalaran’s floating city over to a platform, then transport to the Fel Hammer.  Luckily a bat creature catches me and drops me on the platform each time.

I’m planning on playing this character through to 110 and beyond.  Having a brand new class to play in an all new area makes the game extra new and exciting for me.   Normally, I’d want to try the classes I’m familiar with as well, but I think my time is better spent leveling and gearing my Live characters as close to iLevel 680 as I can get them before the expansion comes out.

The city looks as it always does, except that the Underbelly is an Instant Death situation for non-PVP players like myself.  After exploring briefly (I thought a quest called The Royal Summons must be down there), I could barely get my character out of the Underbelly alive, with multiple deaths and tries for the exit.  Ouch.  Beware the Underbelly.

I have not found a single repair npc anywhere out in the world so at this time you always have to return to Dalaran to repair and sell junk.

This is one of my favorite things.  You are able at any time to go to any area of the Broken Isles to quest.  You’re never under the level of the mobs because it all adjusts to your current level.

One thing this does is, it spreads the population out over the entire Broken Isles.  You’ll never be the only one dragging your lowbie character or alt through an area everyone else has already done.   There will always be other people there questing or leveling or looking for resources.  Even at the top, when people are at 110, those Daily World Quests will have players all over the map.  It just seems like a great way to make the world more viable, and populated, and fun.

My Demon Hunter appears to have no self heals at all which is a bad situation.  I think each class should have some sort of heal, in addition to having consumable options for staying alive.

Very exciting to me is, while you’re out questing, there are npcs with Alchemy and Herbalism quests, with materials for completion being available right in the area you’re in.  I love that as a way to integrate the professions into the game world once more.

One of these quests gave me a recipe that heals for 500,000 instead of the usual 68k.  I’m sure the ingredients won’t be easy to find, but it increases that treasure hunt feeling you get when you’re looking for resources as well as killing your way through the world.

Unrelated to Alchemy, but I have gotten two Cloth drops from mobs so far, and I love that much better than just cranking out some cloth as a Daily task.  Adventure! Discovery! Treasures galore!  I’m in!

Though I wanted to log in during the Ninth Anniversary celebration, I had trouble updating with Steam, and when it finally did update, I couldn’t log into the game though Steam indicated it was running.  None of the fixes I read about helped so, I found an unopened! copy of Shadows of Angmar on the archival game shelves here and was able to update and launch the game from that.

I wanted to use my Hunter character to move on through the world, but when I swam down the river just a little bit to find a new area, everything was ten levels over my head.  That hurts.

I decided to drop back to my Loremaster in Angmar.  She was my second favorite, and her survivability is good, making her fun to play.  I’ve been re-learning her skills and can take mobs three levels over my head pretty easily, so off I go.

There is a dream like quality to this area of the game, with nighttime seeming to last longer than normal–maybe it is just the time of night that I’m playing.  The music is an odd kind of science-fictiony-a monster-is creeping-up thing that adds to the atmosphere.

Quest lines are interesting, though I found it a bit silly to be sent to pick some peas in an area where I had already threaded my way through a maze of a city to gather supplies.

I noticed I had an animal companion I didn’t recall from past play, a Bog Guardian.  He is unexpectedly cute, sporting Cattails and some other growth on his fuzzy green head.  Though his note says he excels at ranged damage, he is really tough and helps shorten fights immensely closeup.  I was sorely disappointed the game would not let me name him Swamp Thing.  Come on.

I was thinking of posts regarding Vanilla WOW and the commenters who say blah, blah, you’re viewing the game as it was with Rose Colored Glasses, blah blah.  How nice it is to be able to go back to an older game, and so far nothing is glaringly different than I recall.  I did like this particular area of Malenhad, for some reason, on the original play through.  Perhaps just because it was light and sunny all the time compared to the area before.  I think I liked the turtles for some reason.

My completionist ways aren’t happy with all of the Fellowship quests I’m bypassing.  On the one hand, I respect that these have been left as they were, on the other hand, a weasily part of me wishes some solo version of them was available.  It seems to me this could be done, just have the quest scale to a single player and the reward be less/different.

Speaking of things I don’t recall, where did this guy come from, and who is expected to be able to take him on?

Game client is up to date

Taking the DPS Demon Hunter Spec, because though I have tanked when the tank dropped out of dungeons, I just can’t hold aggro efficiently. Ok in a pinch, but in most groups of wild@## players, nope.

Ready to brave the WOW forums by posting there, because you have to give feedback and that is where your feedback is best seen

Going to try to work in a guild

Will try everything offered, even the PvP.  Why don’t I PvP? Well, here’s what happens to me in a battleground.  I kill some guy.  Guy comes back and kills me.  I go back in and kill him again.  He and his buds corpse camp me at the graveyard.   Session ends.

Will slink into a Raid!

I often read posts from gamers about Mother’s Day that indicate most moms don’t play anything but Candy Crush, if they can manage that.

My own mom favored Scrabble and various card games…we’re talking Cribbage and poker. But.
There was a point very near the end of her days when I was talking to her about Star Wars Galaxies, and what it was like for me to have such amazing adventures in that world.  I don’t think she understood half of what I was saying, but there was this interested spark.
There was so little she could do, physically, but she had a great imagination, and a rich inner life.  I wished I could bring my computer over, and let her create a character. She would have loved all of the choices of hair color and styles, and the cosmetic options.
What really captured my imagination was that she would so enjoy being able to run through a sunlit world, completely unfettered by any physical ailments.  She could be as vibrant as anyone around her. She would have been so beloved by other players with that warm, funny, sassy personality.  God help everyone when she hit the cantina.
My own character early on was a Master Doctor.  It was a powerful experience for me to be able to cure anyone of anything, when I spent so much time in hospital rooms worrying that I would lose this little person.  Always that fear. You can imagine what it meant to me that I could also bring someone back to life.  Not possible in the real world, but how I have always loved saving people in game. 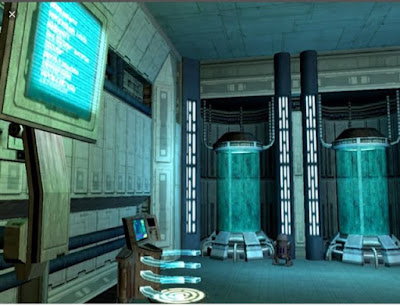 You might give your mom a shot at creating a character in your favorite game.  Even if she doesn’t end up playing, I think there’s a pretty good chance it will be a good gaming experience for both of you.