I feel a bit guilty, but after thinking of my last post, and that I’ve basically been stuck in the same area of Middle Earth in LOTRO since 2009.   How is that even possible?  I’ve gotten stuck in plenty of Action/RPGs, but an MMO?   So, I have not bought the expansion till I see if I can get out of Mirkwood, or at least advance through it.

I’m also stuck in Secret World with those security cameras, which has been depressing.  I’m wondering tonight though, if the reason I kept failing had to do with my recent connection problems.  My computer guru spouse fixed the connection problems as far as I can see, so maybe I’ll give it another try.  I will be so relieved to move on.

In WOW,  I ended up doing what I always do and have a newly established family guild on my new server.   I’m continuing to run my Paladin ahead of the rest of my characters to earn money for guild tabs, and guild repair monies, plus everyone’s riding training up through Northrend.

I’ve gone back to rotating my BWR characters who are in their 100s, but just those.  Everything is so easy for all of them except my Frost Mage, who I have to load with potions to keep alive.  Sheesh.  My new server Mage is going Fire, a spec I’ve never really played much.  Early on when I played the game, for some reason, Fire Mage and Destruction Warlock seemed too similar to me, at least for the lowbies I was running.   So I went Frost.

All  of my characters are finally working in Antonica.   I had a bad moment when I considered sending one to the Frostfang Sea instead of Qeynos just to get a bearskin rug I’d picked up on the Fallen Earth server in that area.  Bad idea!   There must be a bearskin rug somewhere else in Norrath.

I love the fighting moves of my Monk and Bruiser, and have been trying to capture pictures of them in action.   It’s never easy to get a nice shot of your character in a fight because, well, dead doggie.

The Bruiser    Look at those brass knuckles!   Smoke effects, light effects!  The Froglok is on fire. 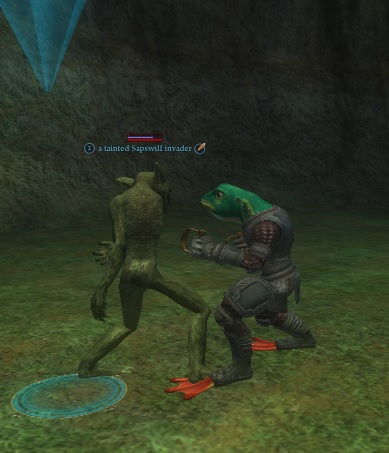 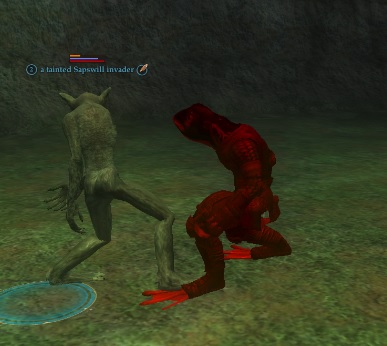 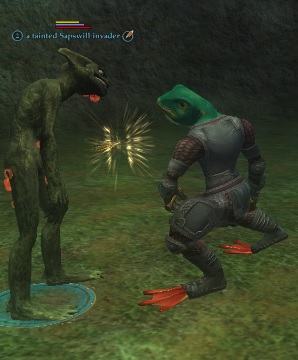 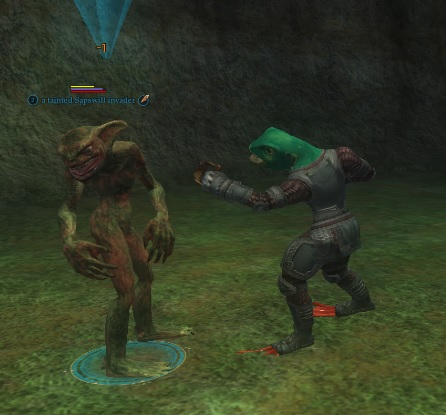 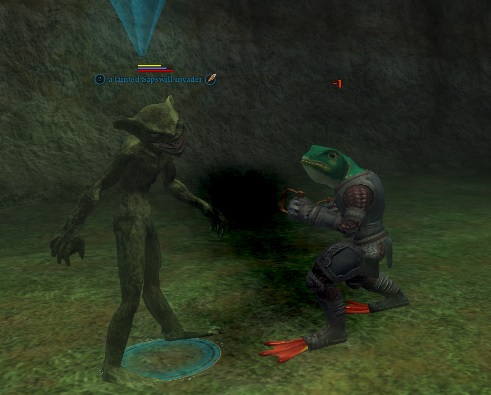 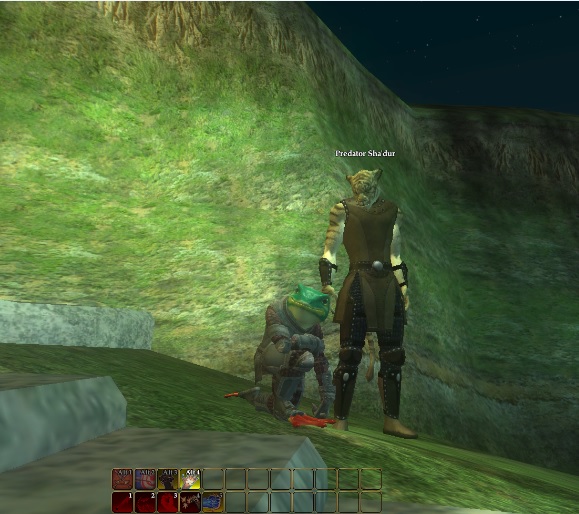 Monk    Watch out for those legs! 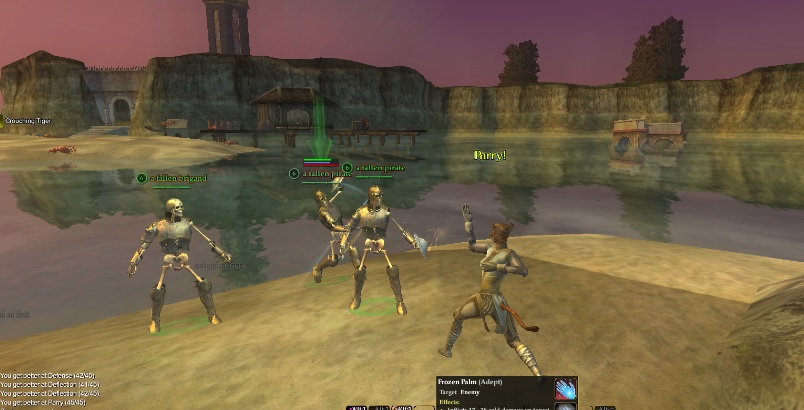 Been busy lately, but hope to be back on schedule for my games next week.