I have an Atheren Hunter character in Lord of the Rings Online.  She was created the day the game went live, but is still only level 14, so has clearly not gotten any play time.   Ha ha, the name is mine, though.

She was pretty clunky looking, sort of an awful blockhead I considered deleting now and then, but I didn’t want to lose the name. 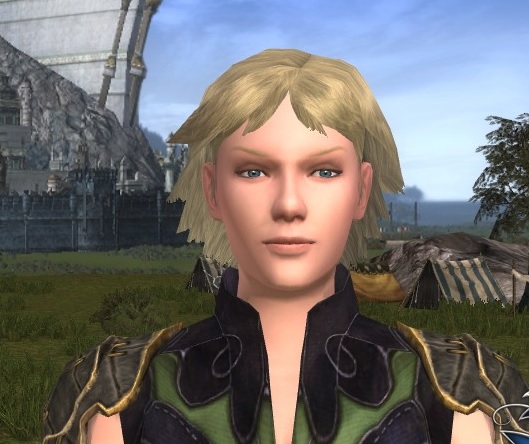 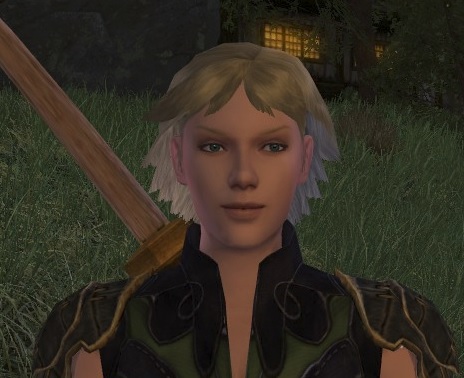 If you can imagine, because I got in so fast and early, I have a Captain named Kate, a bow to Captain Kate of Star Trek Voyager.   I don’t know the class at all, and she’s only level 7 and in Archet, so she’ll need some work.

There’s a level 8 Loremaster as well with a name I used in beta.

I feel like playing these characters right now instead of my Landroval characters with their overfull banks and inventories, and some with the awful -1 in front of their names because they had to move from Meneldor, where they also had their names on the very first day.  It bugs me every time I see them, truthfully.

These characters are established, yet shiny and new.  There are only three of them, chat in the server seems nice.   I think these will get some time in the spotlight for awhile.

Luckily I was prepared for the stat squishes, because WHOMP.   It is taking me quite awhile to go through and fix everyone’s talents and toolbars.  Luckily I did have them all written down.

Once they’re all done I’ll take everyone out in the world to see how they fare.  For hilarity, I’ll send everyone into a dungeon because you know it will be all chaos.   And a good test of how the classes now play in familiar dungeons.

I watched the opening clip, I am finally going to give Anduin a break.  He was such a selfish brat in Pandaria, and I couldn’t believe they killed off Varian to let this boy be king.  He’s got heart though.  His face during the opening sequence, when he goes to rez everyone, and in a speech he gives in Stormwind in another quest, where his voice catches as he says his father name…sniff.  Got your back, kid.

The new character faces are supposed to be soooo expressive and work soooo wonderfully, they won’t let you have the old character models anymore.   Blah blah mesh, blah blah everything.

Only humans, gnomes and dwarves are horrifying.  Everyone else pretty much looks the same.   Dwarves get by with the least fugly.  I think that’s how you spell that.

The Fairest Of Them All

I forgot that I hated my feral cat’s Uncle Scar form so much, that for a long time in Legion I wouldn’t play the character.  I switched to some lower level Druids to Balance  (where I also dislike the Moonkin form).

My second most powerful character is my Warlock.  She was also the the most beautiful. They may as well have wiped her from the game.  My husband said she looked like she’d fallen down an elevator shaft.  The problem is, she looks evil.  The beautiful shining heroine is gone from sight, replaced by, despite my best efforts, a witchy looking character.   Not all my characters are Warlocks, so the witchy thing doesn’t apply. They’re awful too.  I know my girl is in there somewhere.  I could start wearing her helmet all the time.   One of those nasty smoking helmets with horns, ya, that’s pretty sweet.

390 gold to change her looks, by the way.  It should be free to try to fix your character, eep. 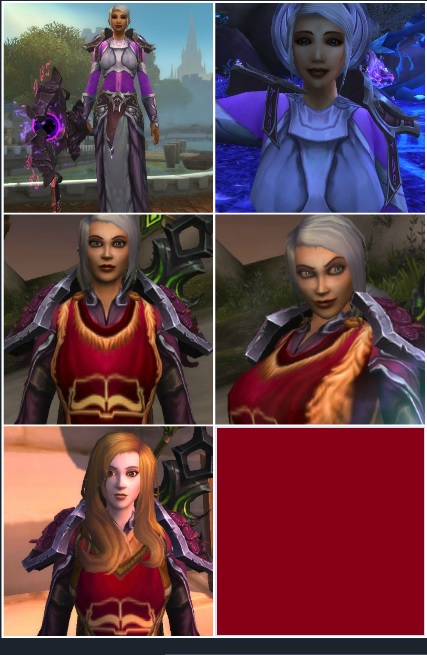