Blackrock Depths, this guy is not from Moonguard 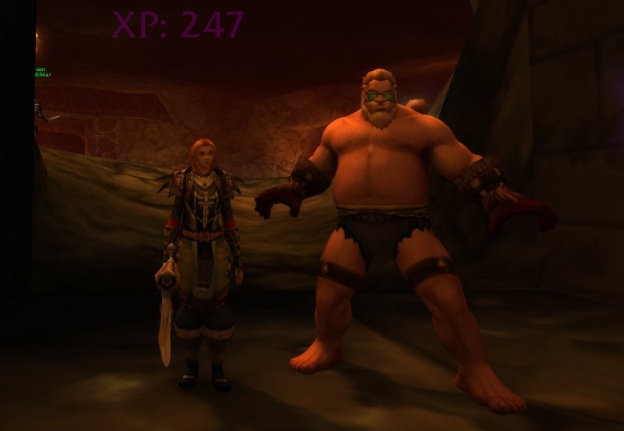 My Mage made it to 120 this week questing in Drustvar and running dungeons.  Now she’s out in the wild working on the War Campaign and World Quests.  Since Nazjatar creatures hit so hard when my druid first got there, I’m gearing everyone else up before they head over.

My druid finally got Rank three with her ally, and I eagerly went to turn in the quest I knew I had, but there was nothing.  Ack, I must have turned it in with a pile of others and not paid sufficient attention.  I’m horrified to know I’m supposed to drag the weasel around with me for many more levels.

On the plus side, WowHead came out with a guide to allies this week that could make it less painful.   Gawd they refer to them as “bodyguards”.   Not so much.

There’s also a great guide from them for Benthic Gear, which raises your gear level considerably, if you have been lollygagging as some have been.

There was a new puzzle this week that I could not figure out for anything.  Every explanation I saw of how it worked made zero sense.  There were several videos, but the person in not a single one spoke.  They just pointed around on the screen.  (Pokes eyes out).   Visual representation is helpful, but it explains nothing when not accompanied by a person explaining what it is you’re seeing.   Even worse, I was trapped in the puzzle with no way out except logging out.

Pull the Points Around Puzzle:

In Nazjatar, I’ll casually work with the “bodyguards”, but mostly I’m looking for manapearls for gear upgrades.

Mechagon is not as I imagined.  I seem to recall early notes on it referring to it as a “Timeless Isle”.   It isn’t like that at all.  It’s a little set of islands that are a big junk heap.   This would actually be depressing if it weren’t for the irrepressible gnomes sifting through the trash, and having you sift through trash looking for rather amazing bits of tech and building things with them.  It is a paradise of sorts for gnomes and those who love them, which I do.

I decided to backtrack and do the War Campaign.  The sequence with Tyrande trying to re-take Darkshore was actually touching.  My Night Elf druid has not forgotten what happened here.  I thought it was very long, however.   Even so, it seemed to end abruptly.  Why not keep moving towards the ruins of Darnassus? 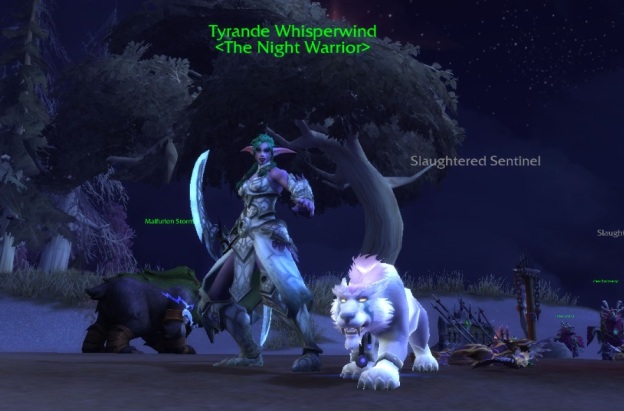 By the time I got to the fight with Nathanos, I was tired, and he is so repulsive.  And even when he finally died, he didn’t die!   He went on like nothing happened.  Tyrande, who had become the Night Warrior was just standing behind the guy’s back doing nothing.   They have to re-think how these fights play out, and all of the times when you’re surrounded by super-being allies who let you go in alone for the fight.