I was doing so well with my Atherne beta copy character.  I started playing her and abandoned the stock level 50 character when I saw she was having an easier time of it.   Breezing along, I was. Today, all of a sudden, a few boxes from level 53, whammo.   This fight right here. 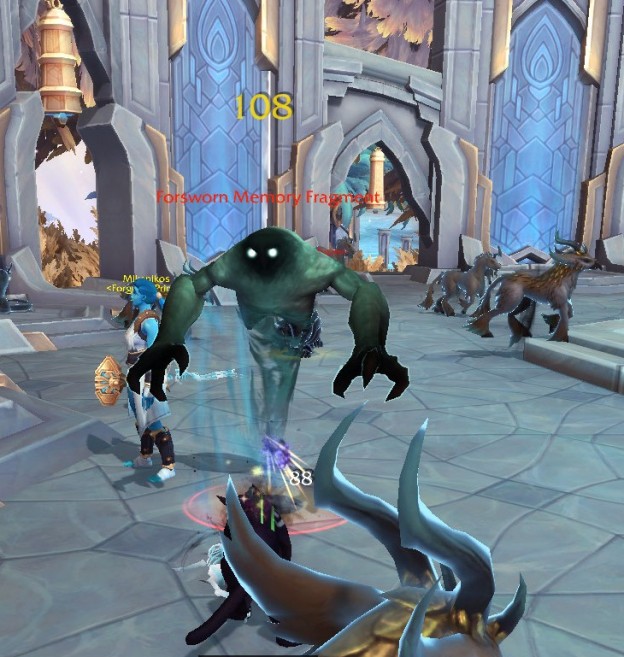 After this, there was a Fill In The Bar With Bad Guys area, and I could barely survive a fight with two of them.  Somehow I had been weenie-fied!  Sad Panda.  You’ve got to do those Bonus Objectives though, for the xp and gold.

The picture below is for my spouse who will appreciate the name. 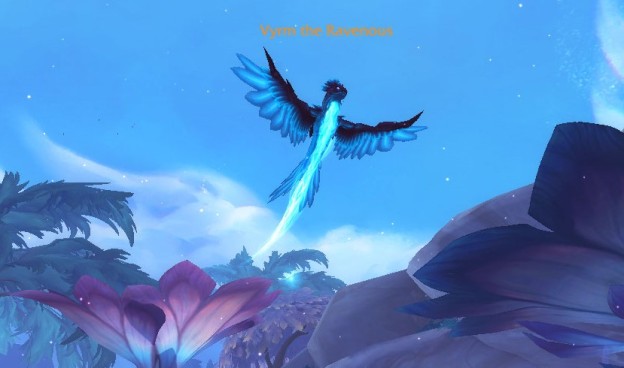 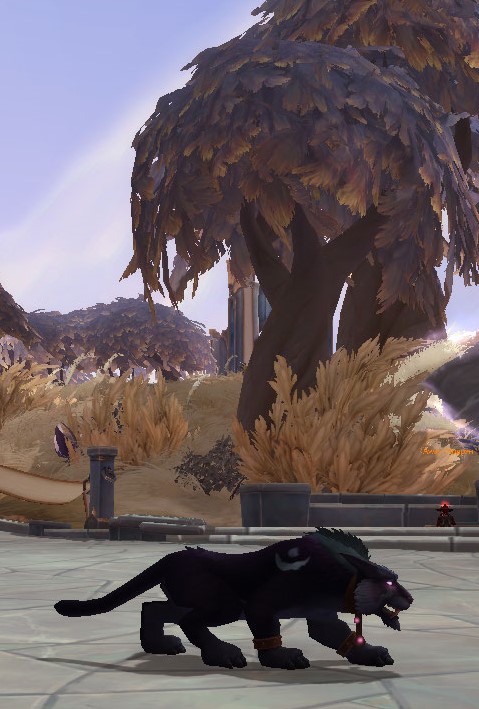 I did manage to get through all the bad fights until I was dreamily in a field picking flowers and, Cone of Shame, a little dog creature came and just shredded my poor cat.   You’d think it was several levels above her or something.

Here’s how it looks when you’re dead.  All dark and gloomy. 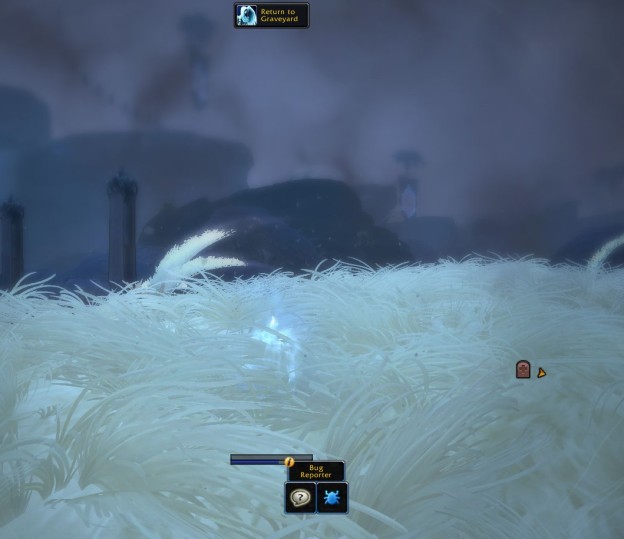 I’m looking at my other live characters again and am thinking I’d better try to get them geared as well as I can, and level their Heart of Azeroth up as much as possible.  Though the effects aren’t there, the item level is.  Atherne’s gives her a necklace item level of 131.

Also, on the live server “real Ath” needs to stock up on Health Potions like mad.   Ath Beta version can make a health potion, but the herb is dropping as petals, so she doesn’t have enough to make what would help her here so far.