The Award for Most Frustrating Beta Ever goes to Lego Universe!

Such an adorable game. The Mini-Figs were so cute.  The world and environments were everything you would wish for.  But.

As happens in a beta, many, many things didn’t work.  Expected.  You expect to play, give feedback, see what other people think, share tips.

In this beta, you had a very limited in-game ability to say anything in chat.  You could only use certain words and phrases.  Certain letters of the alphabet!

Problematically, the forums were run the same way.  Every comment was moderated.  This doesn’t mean what you think it means. They didn’t removed anyone’s posts, they just never let them show up.

As adorable as it all seemed, I got highly frustrated with the inability to provide feedback in game and out.  In a rare for me bit of snit-ishness, I sent some emails directly to the Support email, then I walked away from the Beta and the game. 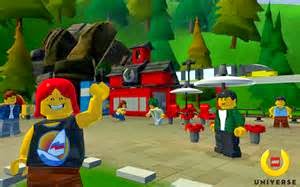 
The Imagination globes that I pick up have stopped registering so I am unable to complete “builds” and quests.
One of the Nimbus Station Quests to talk to Melodie Foxtrot is not able to be completed because her Survival mini-game “is not available in beta”
My Character’s hair keeps disappearing whenever she is near objects such as walls
The purple “infected bricks” have an extremely low drop rate this evening.  I was picking them up left and right on Sunday and tonight I could only get one after killing over 15 Stromlings.

At login my character had her chosen name displayed properly rather than the auto-generated one.
She tried the AG Survival for her last faction stamp.
-kicked out to login screen several times after being defeated
-was partnered with herself one time
-had a message to talk to the quest npc a couple of times, but after disconnect to login screen the npc’s question mark was still greyed out so had to try instance again
Finally was given mission completion and went to Nimbus Station to turn in the four faction stamps.
Game froze with  a close-up of the quest npc cheering after selecting the Venture Faction.  Tried backing out to select mini-fig screen, then going back in which put the game back in normal perspective.
The Venture rep and the Venture NPC would not speak with my character, or interact at all.  Also in achievements the Join Venture was not marked.  The quest to collect the stamps or turn them in was gone.  Tried logging all the way out and back in.  Still not able to get recognition of completion and joining the faction.
Started a new character.  Her name was approved almost immediately, however her name on the screen remained MemeLoudTrout (auto-generated) rather than my chosen name.
I’m noticing a lot of people in the Venture Explorer stuck at the first steps and I cannot answer their questions about how to jump because I cannot say “w” to jump.  😦 😦 😦    People who are used to the WASD control scheme will be familiar with using the w and spacebar simultaneously with the mouse, but a new gamer will have trouble possibly and I’m picturing little hands at the keyboard and perhaps they might not have the finger span to do the actions.