My method for getting in a post a day (something I usually do in November to reach my yearly post count goal) is to write down a bunch of post ideas and I slot them into a Microsoft Publisher calendar page.   I keep thinking of new ideas till all the days have a topic.   There are plenty of memes for blog post ideas out there, but they don’t often work with a game blog. 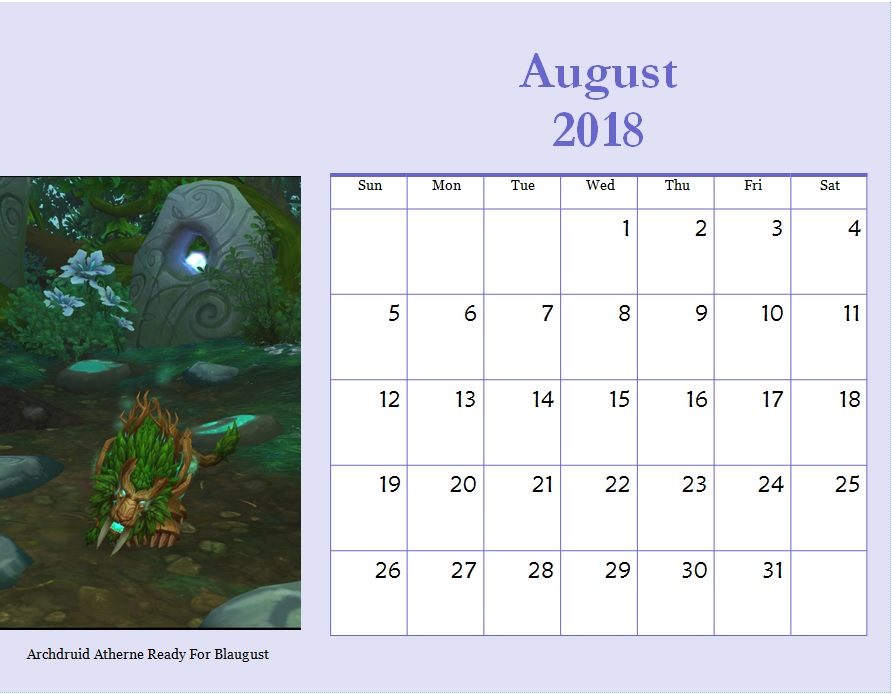 One of the ways to get around that is to make your own meme or topic and do that topic, such as “Screenshot Saturday” on all the Saturdays for the month.  Muhahaha, the more of those you think of, the better.  You’ve got a framework that is the same but varies according to what you play in any given week.

Here is what I have so far.  Use anything that you feel you can run with.  Enjoy!

Any screenshots you took that week or have in a screenshots folder for any game that you just like, or that shows off the game, or what you like about the game.  Captions are optional.

Dungeon Runners, The Dungeoneer, or Another Day, Another Dungeon

Dungeons you ran this week, your favorite dungeons, compare dungeons in several games, what’s your ideal dungeon design?   If you ran the zoo, what would every dungeon include?

Show off your in game homes, compare player housing in several games, or just pictures of your house (s)

Your favorite class in a game, or across any games.  What do you always play? Never play?  Or, do you try out every class offered?

Best liked, most hated Bosses in any game.   Does any game do bosses and boss fights better than others?  Go on in and take a selfie with the Boss!

Draw them yourself or use some of the comics generators from my post yesterday.   Truthfully, everyone loves cartoon posts.

Now I Lay Me Down To Sleep

It’s a hard life out there for your characters.   Often at the end of the day they end up sleeping somewhere, anywhere.   Whether in their home or under a shrub, lets see where they snooze.

Letter To My Younger Gamer Self

If you could give your younger gamer self advice what would it be?  Games you should have played or skipped?    Game time well spent or wasted?   Tips for winning you wish you’d known!

What’s In My Bag

Screenshots of your bulging bags from various games.

My Favorite Character in (insert name of game)

Something you’re playing now, or from a past game or your favorite character of all time.

Day In The Life Of (a particular character you play now)

What do you do when you log in?   What’s the game?  Are they your main character?  How long is a play session?

Ah, well, not crazy…but during one of the weeks of Blaugust go on out there and comment on as many blogs as you can.

Do you use them?  Do you make up your own?

Try It Tuesday: Steam Games I’ve Bought and Never Played
Inspired by Justin Olivetti’s Biobreak “Try It Tuesday” columns, take a look at that deep Steam Library of yours and pick a few things you’ve never even looked at.  Treasures abound!

List what you’d like to see in the Perfect MMO.   Features you love? Features you hate to see?  I used to think I knew exactly what I wanted, but not anymore.  I’ll be trying to figure it out in Blaugust.
Desirable Features in An MMO from the old IGN MMO Roundtables
I’m linking back to an old post of mine from 2015 that I copied the entire round table into.   Lots of good ideas here for you to construct your own perfect MMO in your post.