I love the Guides to Middle Earth Classes that Myndariel of Myndariel’s Middle Earth has been doing, and I missed this one going by on my blogroll.

This is a guide I really need!  My little Hobbit Guardian is only level 7. 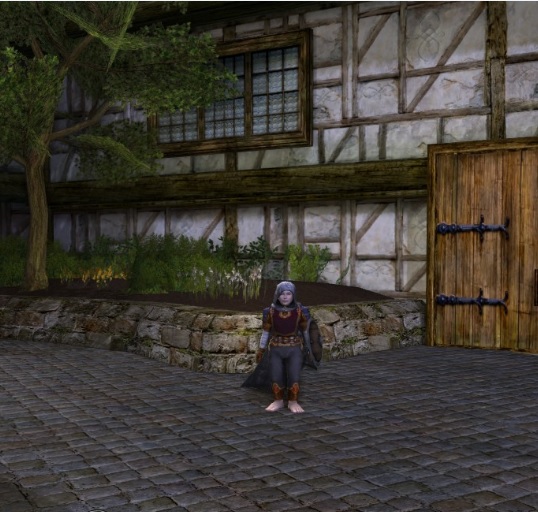 With this guide, and my experiences in other MMOs, I could play this class now.  Way back when the game was new, it was only my second MMO.  I didn’t understand the idea of tanks at all, coming only from Galaxies.  The idea of one player in the group trying to get all the mob attention just for themselves seemed kind of selfish, and foolish.

I don’t think I really appreciated the tanking concept until playing WOW dungeons.   Then it all made sense.   Go forth and pull all the mobs, little Hobbit.

Speaking of Mordor  (weren’t we?)  I have this to say:

The fine folks at LOTRO “took me in” after SOE/LucasArts broke my heart with Galaxies.  They were a revelation.  Smart, determined to build an incredible game, invariably kind and generous, they seemed to do every single thing right.

I bought three Lifetime Subscriptions at release, not easy for me to do, financially, but I really was impressed and believed in them.

Now here they are, brilliantly still standing and putting out an expansion only dreamed of by Men, Hobbits, Dwarves and Elves.

It’s the Ultimate Fan Bundle for me, they deserve it, I wouldn’t have it any other way.

Interesting article and discussion at MassivelyOP (as always):

The Ancient Gaming Noob seems ready to head into the fires:

Lina’s Biscuity Burrow   Has gone with the Standard Edition, and she gives a great rundown of what each package contains and how it all compares to previous expansions:

A new Lord of the Rings Online guide to early levels of the Champion is up at Myndariel’s Middle Earth.

I’ve managed to get my Champion character to level 30.  Reading the guide is super helpful though.  One of the things that I’ve had trouble with looking at my LOTRO characters since I’ve returned is picking a Specialization for my class.

I’m reading the descriptions, of course, but it feels to me as if they split up what the characters used to be able to do into these three groups that all have desirable skills, and I want them all.

In the case of my Champion, it appears I’ve been choosing from the red Berserker specialization.   Reading Myndariel’s description of how the three specializations play out, the yellow Deadly Storm really is best suited to the way I play.  I’ll happily switch!

Myndariel has her next guide to a LOTRO class out, covering the Captain class from level 1-20.

This is welcome for me, since my LOTRO Captain remains at a low level.   Created in the first hour of the first day of the game, her name is Kate after Captain Kathryn Janeway of the Enterprise.  You know you have to get into a game early to get the name Kate.  Now she can move forward, and I won’t scorn the Herald, who I may have named Goofy, because he bugged me.

I really appreciate these guides, and wish there were more like them.  Often as I’m leveling characters I look for class guides to help me figure out how best to play, but frustratingly, they’re always for max level characters.  I say grr when this happens, because I feel when you’re max level you don’t need a guide like this.