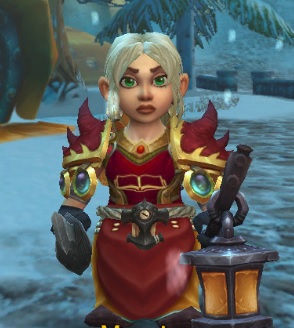 I’m pretty amazed at the quick turn for some from Battle For Azeroth is the Best Expansion Ever!, to It Stinks!  Get out the pitchforks!

It lacks the grim, “the world is about to be overrun” tone of Legion.  This is a good thing.

Though the boisterous, rowdy sea ports of Kul Tiras are a little tinged by the horror and dishonor of Darnassus burning, and a Horde turned evil overnight, they’re not overcome.   You’re facing odd supernatural creatures, a host from the Cthulhu mythos, and naked greed.  The settings are beautiful.  The stories flow nicely in two of the areas—Stormsong still seems disjointed.

The uproar over Azerite Armor is uninteresting.   After Legion’s horrible endless grind to make tiny progress for your Artifact Weapon, throwing several billion in artifact knowledge at the things and seeing your progress bar barely move–ugh.   Now there are varied weapons with stat upgrades.  The weapons are imaginative, they look great, they fit the world you’re exploring.  You feel like you’ve gotten somewhere each time you get a new one. 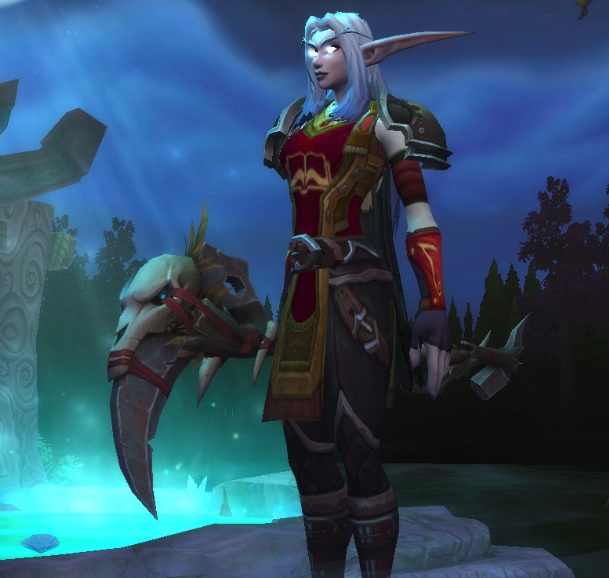 What they could tweak:

Character models.   I’ve kind of adjusted to the humans, though they look like washed out Olive Oyls.  The gnomes! The sweet gnomes.   I feel so bad every time I log one in.   If they at least let you change the eye color on those dinner plate sized eyes.  My gnomes mostly had blue eyes.  Now they look like, agh I don’t know what.  The dwarves have freckles (ummmm how do dwarves get freckles alone of all those in Azeroth all of a sudden?)   Give us back the button to let them be who they were.

The appearance of nodes for herbs and minerals seems terribly infrequent.   Let’s just say it’s clear they don’t want you to have any.

Dungeons dungeons dungeons.   I finally got Tol Dagor at 115.   Mercy.   Despite the armor upgrades you may get running dungeons, I just can’t stand going through Waycrest Manor, Freehold, and Shrine of the Storm anymore.  It’s a half hour or more queue then at least another half hour in each one.   I find myself thinking I can move my character farther along faster if I don’t stop dead in the water to run one of those.   They just need more variety sooner.  Agh.

From Legion I really do miss the class quests, though the Order Halls themselves were pretty hit and miss.

Darkmoon Faire is completely messed up.  Put it back the way it was, don’t mess with it again unless you’re adding something cool.   I normally send at least twelve characters through, and I’ve done as many as twenty two in a week.   Since Battle for Azeroth’s changes have gutted it, I just let it slide by.