PC players have early access to Elsweyr, so naturally off I went. Perhaps since I did the prologue with my Khajiit, there’s no breadcrumb to tell how to get to Elsweyr. I’ll have to see with a character who hasn’t done the prologue.

It turns out you’ve a Wayshrine available in Elsweyr for Rimmen. Travel there, and you’ll find the quest A Rage of Dragons available from a quest giver.

While minding my own business looking at a map of the area, I noticed I was under attack by some npc, and all those nasty notifications were floating around. Even after I let the guy kill me I was “notorious” so I used an edict to make it go away. I must have accidentally hit some key that shot at him?

Instead of heading straight out, I explored Rimmen. There’s a small inn room/apartment called the Sugar Bowl Suite. It’s unfurnished only but costs a mere 3000 gold. 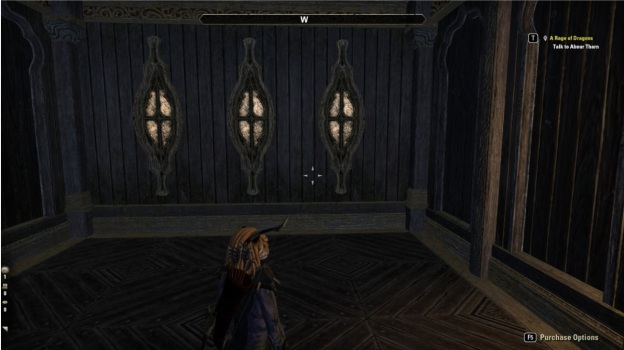 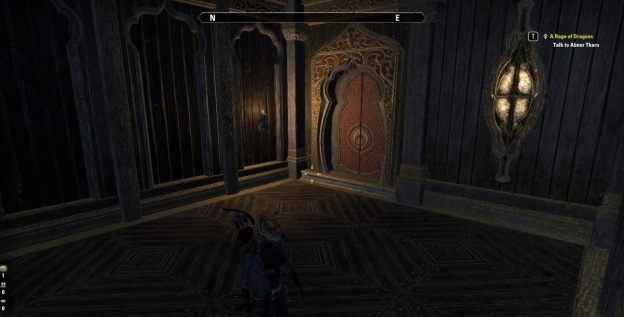 The load screen for the suite shows some lovely ornate furniture I hope will be purchasable or craftable. Love that rug. 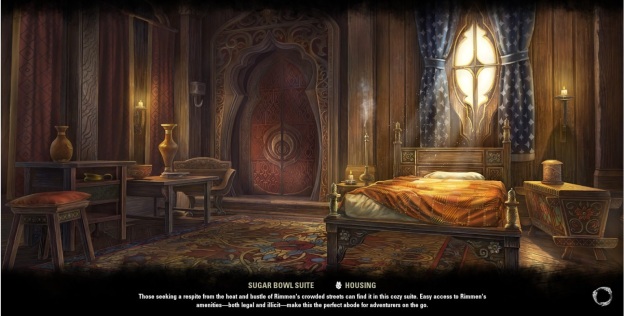 I headed out of the city, crisscrossing the countryside as I do. I find it relaxing to explore that way, and I found several treasure chests tucked in here and there, always nice!

I’m working on quests in a small village that reminds me of Murkmire, with the wooden enclosure and lanterns. 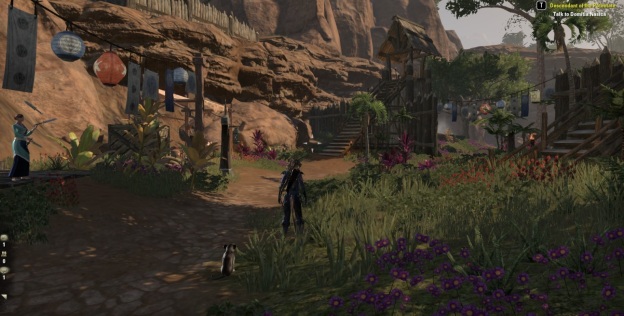 I’ve wanted to see Elsweyr since over hearing two npcs mention it in Oblivion. Here we are!